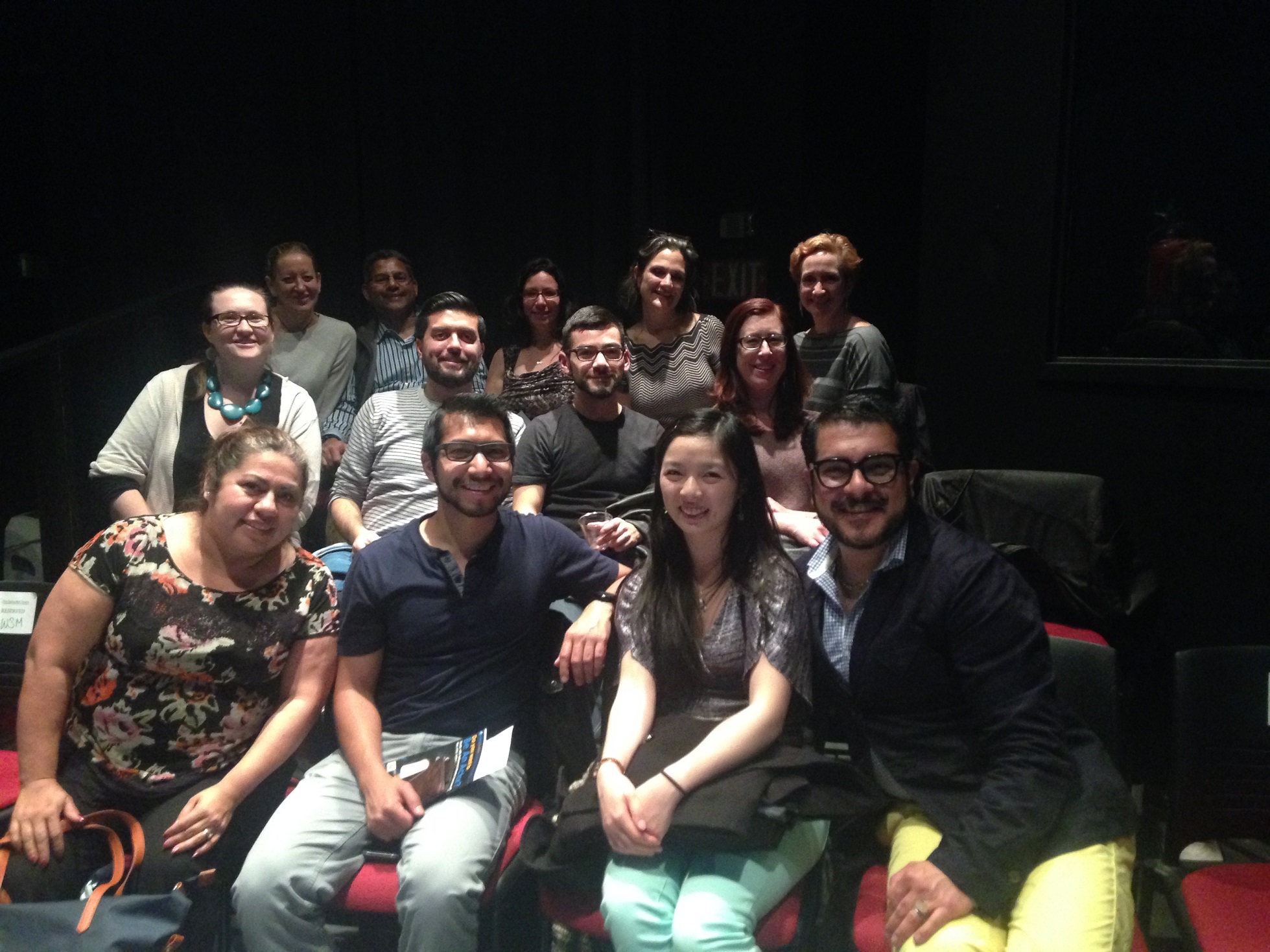 Once was not enough.  I returned for a second production of Antigone at Cutting Ball Theatre on Friday the 13th together with Team WSM.  Despite our immigration law version of March Madness with tons of H-1B petitions to file on April 1, or perhaps because of this seasonal stress, we decided that a firm outing to Antigone was just the way to escape from our day to day anxieties, frustrations and challenges.  After weeks of focused, hard work, with several more on the horizon, we were up for the thrill of live theatre.

In an intimate setting, we were entertained by a wonderful ensemble.  This production of Antigone delivered issues of family vs. government, individual vs. state rights, courage, women bending in their own ways, well-meaning but inflexible leaders who pay the price, sibling relationships, filial love,  cursed families,  and so much more.   The acting, the movement, the music, the words, all came together to touch our hearts and souls and challenge us to ponder, what could and should have been done differently to avoid all those deaths.  I marvel at how the Greek plays from thousands of years ago are so contemporary, hitting the pulse of the human condition and the common thread of our struggles.

My current involvement in how to get more women into powerful, leadership roles, particularly in Silicon Valley, made me wonder if the tragedy might have been averted if Kreon had included Antigone or Eurydice in his counsel before passing his ill-fated rule. If his pride had not been so wrapped up in countering “that woman,” might lives have been saved?

After the first Antigone in early March, law partner Mary Jane and I, joined by Director Paige Rogers, led a lively Q&A on the themes of the play with a particular focus on US immigration and parallel tragedies in our immigration world.  We discussed whether it is a play about civil disobedience or the expression of individual, human rights? Is it more about family relationships than government? As firm managers, did we sympathize with King Kreon, especially in the beginning? An audience member asked whether jihad is a form of expressing individual rights, while another found that there is something qualitatively different because jihad harms others, but civil disobedience generally does not.  Mary Jane and I articulated parallels between the immigration issues facing current Central American refugee mothers and their children and the themes of Antigone.

Like the Cutting Ball ensemble, our WSM team is now in the throes of a March production.  Ours involves preparing and filing a large number of petitions for an artificial April 1, government imposed deadline.  What our WSM team shares is a passion for justice, which means helping our immigrant and employer clients get a fair shake in an immigration system that can be arbitrary, daunting and unnecessarily complex.  Beyond the pre-April 1 pressures, we find meaning in our work and how we contribute to our community, just as the actors, director and producers of Cutting Ball must find meaning in theirs.  InJustice bothers us; we are inspired to overcome it.  Perhaps our next collaborative step with The Cutting Ball Theatre will be sharing how we each work in specific ways to confront In Justice.  How do we achieve our goals with the perfect mix of Ismene’s pragmatism and Antigone’s courage, persuading the rigid Kreon bureaucracy to bend as women do?

“WSM's expertise enables us to recruit and retain key technical talent and stay two steps ahead of others.”