This year's American Heritage Award went to the pro bono team at Morrison & Foerster, who joined forces with the AIC and non-profit partners to challenge the unconstitutional conditions in short-term detention facilities, often called “hieleras.”  The MoFo team rose to the challenge and demanded that the government put an end to this practice.

Kirsten Schlenger presided over the fund-raising portion of the event, with much success. 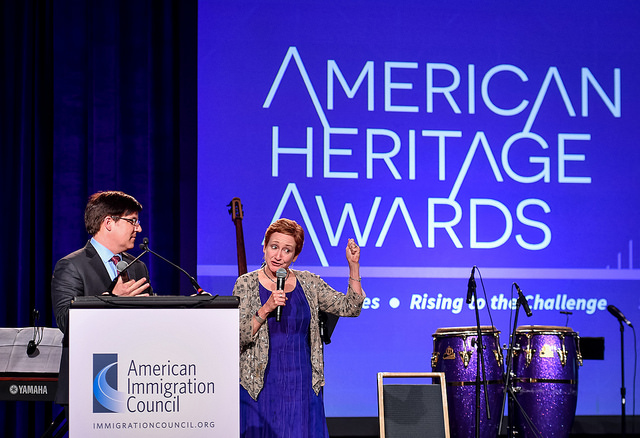 “WSM is right there to help when an immigration situation arises.”